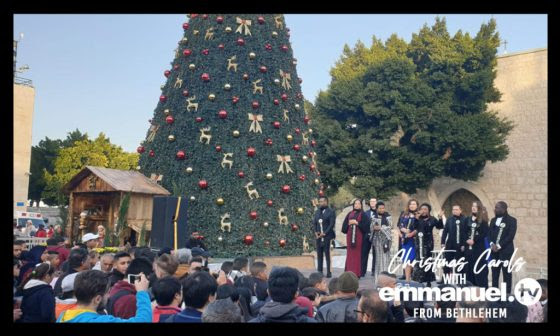 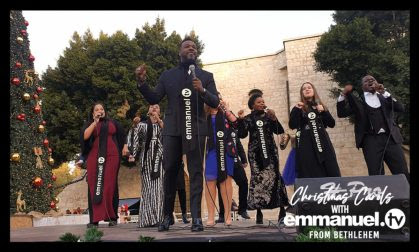 On Tuesday 24th December 2019, a special Christmas Service at the Manger Square in Bethlehem – the historic birthplace of Jesus Christ – was broadcast live on Emmanuel TV, the popular television channel belonging to Nigerian Pastor TB Joshua.

Representatives of TB Joshua were received personally by the Mayor of Bethlehem, Adv. Anton Salman, who sent a greeting to the Nigerian cleric and said the message of Bethlehem to the world would “always be a message of peace, love and justice”.

Mayor Salman then gave the Emmanuel TV Choir unprecedented access to celebrate Christmas in the world-famous Grotto at the Church of the Nativity, historically regarded as the site where Jesus was born and a UNESCO World Heritage Site.

Joined by US Gospel Artist VaShawn Mitchell, the choir recorded and sang a song composed specially by TB Joshua in honour of the season.

Moving to the Manger Square, thousands of local residents in Bethlehem and tourists who travelled from across the globe to celebrate Christmas at Jesus’ birthplace, gathered to celebrate with the Emmanuel TV choir.

“This season reminds us of the message on the Cross – ‘Father, forgive them’,”TB Joshua said in a message delivered by one of his evangelists to the throngs in attendance.

“This means that whether you are a victim or a perpetrator, we all stand in helpless need of God’s Divine forgiveness,”he continued.

After singing two new songs composed by TB Joshua titled ‘Who On Earth’ and ‘Jesus Is The Reason’, VaShawn treated the crowd to a rendition of his hit song ‘Joy’. 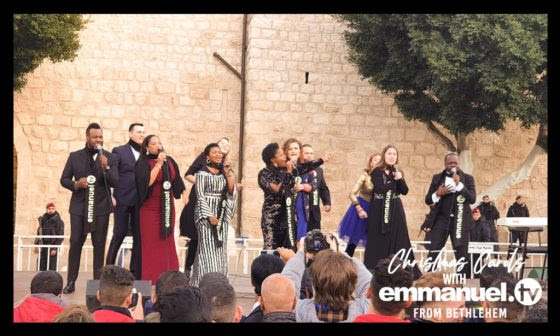 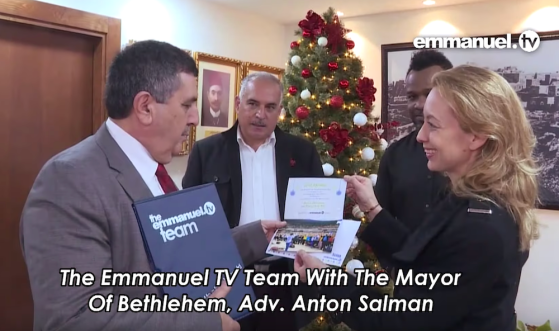 It is not Joshua’s first involved with the ‘Holy Land’. When the cleric visited Bethlehem in 2017, he saw an “urgent need” in the kidney division of the Beit Jala hospital and bought six new dialysis machines to help the patients.

He also held a two-day crusade at the Amphitheatre of Mount Precipice in Nazareth, Israel in June 2019 which attracted thousands from around the world.