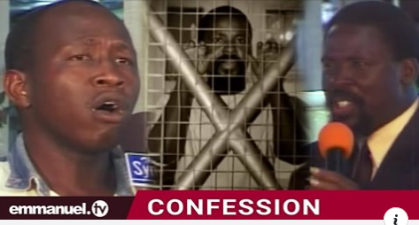 In this ‘clip from the archives’, hear the shocking confession of the man who arrested TB Joshua on the accusation of drug-dealing over 20 years ago in 1996…

Yusuf Hassan was among a team of 18 officers working for the NDLEA (National Drug Law Enforcement Agency) who stormed The Synagogue, Church Of All Nations to arrest TB Joshua and kept him incarcerated for 13 days!

“We get above our fears when we remember the more difficult and trying situations God has taken us through in the past. Let’s take my case as an example.

“In 1996, a battalion of fierce-looking soldiers came into the church to arrest me on account of a petition from my adversaries accusing me of dealing in drugs – something I knew nothing about. And you all know the penalty such drug related offences attracted at that time – I mean, during the military era – capital punishment or at best, life in jail.

“My enemies actually wanted me dead at all costs. Under this circumstance, one whose focus is not on God is bound to be frightened and panic-stricken:

“All these were capable of demoralizing me even before I got to the cell, if I were not a man of faith. The Holy Spirit never makes mistakes. So relax in times of testing. He will not let you fail. He knows your enemy; your enemy always makes mistakes!”