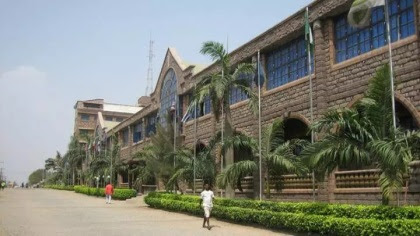 Nigeria is home to a couple of megachurches that have evolved into self-contained cities, providing services like electricity, water, accommodation and good roads to members and visitors.

One of such religious organisations is The Synagogue Church Of All Nations (SCOAN) which is regarded as the most visited destination by religious tourists in West Africa.

The Maravi Post got a chance to visit this global pentecostal denomination and found a bakery, automobile service area, 5-star restaurants, lodges and even a makeshift zoo.

“Good morning” is the first thing I hear as soon as I get to the Synagogue, Church of All Nations (SCOAN) in Ikotun-Egbe, Lagos, Nigeria. It is founded by Prophet Temitope Balogun Joshua.

It is ranked 11th out of the 97 tourist attractions in Lagos state on the popular travel platform.

I hear this greeting again as I step into the waiting area where I spot a television airing a service on Emmanuel TV, a Christian television station founded by the general overseer commonly known as Prophet T.B. Joshua. It has over 1,000,000 YouTube subscribers.

Hearing this for the second time piqued my curiosity since it was clearly afternoon, no longer morning, by the time I get there. I turned to ask a member of the church who says that this phrase is used regardless of the time of the day. “We greet according to the promises of God,” he explains.

This ‘prophetic greeting’ is based on Psalm 30:5 — “For his anger endureth but a moment; in his favour is life: weeping may endure for a night, but joy cometh in the morning.” (KJV)

A day inside this popular megachurch

I’m still mulling over this interesting greeting when I’m led inside by someone in the media department. Outside the church looks pretty amazing but inside leaves me awestruck. SCOAN is built with impressive stones, wood and beautiful stained glass windows. It also has a beautifully lit fountain behind the altar and portrayals of the last supper.

SCOAN is so huge, it looks like something from a game or movie set. Reportedly, a Sunday service attracts a minimum of 150,000 attendees every week and the building (empty at the time except for a few staff) looks capable of sitting this many people.

I’m taken upstairs to the media room then downstairs to the church-owned printing press. SCOAN publishes its pamphlets and books including the four written by T.B Joshua. It also has a supermarket close by.

The second part of the tour begins when I’m taken outside to the other side of the road. This part is outside of the main church but it still belongs to SCOAN. Here, you have the bakery, medical section, a gym, 10 ambulances in the automobile service area, two kinds of accommodation — one for average guests while the high end, complete with an elevator, is reserved for important guests like celebrities, ministers and even presidents.

This section also has an area for the children and a zoo with dogs and a couple of exotic birds. I’m told that the Man of God likes to spend time here. As I’m led out of the compound, I notice a couple of tents. My guide tells me that this is the overflow reserved for the thousands who are unable to sit in the main church.

According to the Nigerian Immigration Service, six out of every ten foreign travellers coming into Nigeria are bound for the SCOAN. Reportedly, the church attracts more weekly attendees than the combined number of visitors to Buckingham Palace and the Tower of London.

“About two million local and inbound tourists” visit The SCOAN annually, The Guardian reported a few years ago. They all flock to the church to see the Man of God who has made a name for himself with his prophecies and by ‘healing’ everything from Cancer to AIDS.

He appears rather humble, almost shy as he takes my hand and introduces himself. We exchange a few words before I’m led away by the guide who proudly tells me about how down to earth his Man of God is. My tour comes to an end when I’m taken to one of the church’s 5-star restaurants. Here, I notice once again that all the TVs are only showing services from the Emmanual network. I wait here until my ride comes.

The SCOAN founder came out of nowhere and slowly turned his small ministry into a mega-church with its own self-contained city run on funds from his members and people who believe in him.

SCOAN has had a strong effect on the surrounding area. All the parts leading to the church have people selling life-sized portraits of Prophet T.B. Joshua. Hotels, restaurants and other establishments around the area also enjoy business from the thousands that flock the church every other week.

This explains why many stakeholders in the tourism sector fought against Prophet T.B Joshua’s proposed relocation to Isreal in 2017 arguing that Nigeria would lose billions of naira.

Mrs Ime Udo, the Vice President of the Nigerian Association of Tour Operators (NANTA) told pressmen that “Religious practices both under the auspices of Christianity, Islam and traditional practices have in no small way contributed to the development of tourism in the world.

“The local community; hotel operators, food vendors and others around SCOAN must have benefitted from tourists. SCOAN has, no doubt, contributed immensely to the tourism profile of Nigeria with several heads of government from various African countries that had visited there to seek spiritual restoration and advise from Pastor TB Joshua.”

Commenting on the relocation rumors, a hotel operator named Anthonia Chuks, told the press that it would have a negative effect on the hospitality business in that area and the state.

“Ninety–five per cent of guests that lodge in hotels in the community are international and local visitors outside Lagos and they are SCOAN members. We have over 130 rooms and are always fully booked every weekend. We usually enjoy huge patronage from Fridays to Sundays weekly; and they are mostly SCOAN members from near and far,” she explained. The preacher has remained in the country.

Over the years, the Man of God has become one of the wealthiest preachers in Africa with an estimated net worth of $10 million — $15 million according to Forbes.

Apart from his ministry, he is well known for giving over $20 million to several causes in education, healthcare and rehabilitation programs for former Niger Delta militants. Since he has no known business, it is safe to assume that this comes from his ministry, which is tax-exempt in Nigeria because of its charity status.

To critics who say these big churches should be taxed, pastors argue that the charity work done should exempt them.