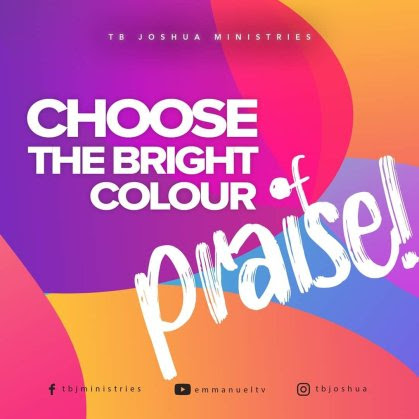 If you find yourself in any unpleasant condition as a Christian, you should not despair but believe the more, have faith the more, pray the more and fast the more – because the situation is meant for your belief, just as you see your good times as a reason for your belief.

In the case of Paul and Silas, bodily pain counted for nothing. Instead of the beating and humiliation they received in the hands of the Roman officials and the mob to make them abandon their cause, I mean their faith, it made them have faith the more, believe the more and praise God the more (Acts 16:23-25). When Paul and Silas were imprisoned at Philippi and their backs were raw from beatings, they sang hymns. They chose the bright colour of praise instead of the dark colours of depression, bitterness, despair, self-pity and rejection. No matter what affliction or crisis we may face, we too can decide how we respond.

In the case of Stephen, the fear of being stoned did not scare him to abandon his faith. The more he was stoned, the more he confessed Christ, the more he became stronger in his belief, faith and conviction. At each stone they cast at him, he confessed, “Jesus is Lord!” He saw his pain as a reason for believing God just as he did his good times (Acts 7:59-60). The death of Stephen only seemed like death but it was not. The prison condition experienced by Paul and Silas only seemed like jail but it was not.