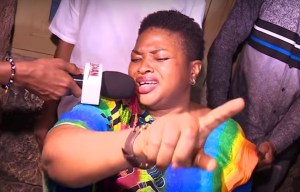 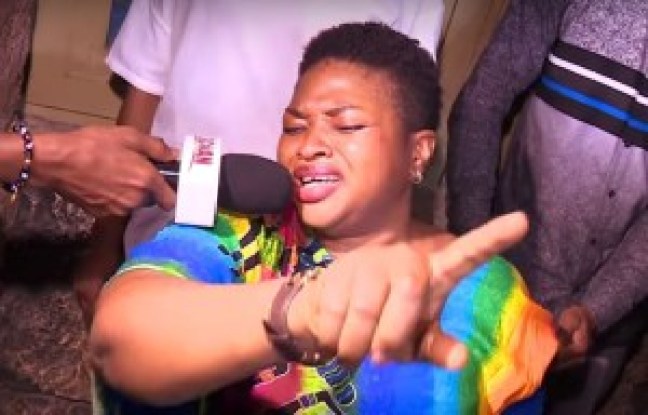 I can see Jesus

Another Nigerian lady has sensationally claimed “seing Jesus Christ” during a service at Prophet T.B. Joshua’s the Synagogue church in Ikotun-Egbe, Lagos, Nigeria. The woman says Jesus is the most handsome Man she has ever seen.

In a clip published by Emmanuel TV’s YouTube channel, Chelsea Oghene Tega from Delta State is seen amidst congregants collecting ‘living water’ when she suddenly points her finger towards the ‘church altar’ and starts wildly gesticulating and shouting.

“I saw a man in a white robe with smoke. There was smoke everywhere from His feet,” she vividly described when pressed with questions. “The glory was too much; I could not even look.”

Testifying in a subsequent service, Tega explains with greater clarity about the ‘open vision’ she saw.

She admitted she was skeptical of Christianity and specifically critical of TB Joshua’s ministry and television network Emmanuel TV.

“I was fed up with churches. I felt all they would do is ask you to bring offerings and tithes – so I got upset with them,” Chelsea explained, adding she watched Emmanuel TV intermittently but never ‘believed’ in the miracles she saw.

According to Tega, she was heading to a market in Lagos when she saw the huge crowd of people amassing outside The Synagogue, Church Of All Nations (SCOAN) for the Friday ‘Living Water Service’.

“My cousin had really pressed me that I must come to The SCOAN – since I was in Lagos – to get ‘the water’ for my elder brother who was sick,” she explained.

Her interest sufficiently piqued by the crowd – coupled with the request of her cousin – Chelsea resolved to join the mammoth queue to enter the service.

“I just wanted to enter and see this Synagogue I had been watching on TV,” she surmised, adding she still harboured doubts at that moment.

Eventually entering the service, the young lady described her subsequent encounter as “beyond human comprehension”.

“As soon as I got the water, I felt a force hold my leg. I couldn’t move. It then became cloudy as if it wanted to rain. I saw some angelic beings coming like diamonds – glittering, sparkling. I then saw a Man coming out with smoke. He was just rising, growing big. Then, the people I first saw come out were all bowing down, worshiping Him,” she graphically recounted.

According to Chelsea, the ‘Man’ said, “Do you now believe? I am the Living Water; anyone who comes to Me will never thirst again.”

She described His appearance as “the most handsome Man I ever saw”, adding He was adorned with a crown and “glittering regalia”. “It was too bright. I wasn’t seeing them on the ground,” she added.

Concluding, Chelsea admitted her perception of The SCOAN had radically shifted in the light of her ‘encounter’.

“God is here! God is in this place because what I saw was not just angels; Jesus came Himself. He was here. He showed Himself to me so I would trust and believe in Him,” she asserted.

“Everything I had been watching on Emmanuel TV – it’s true, it’s real. I doubted but God had to reveal Himself to me,” she concluded.